The Jagdschloss Innsbruck-Kühtai is the stately hotel with an aristocratic soul, whose new owners have succeeded in courageously stepping into the today by the season of 2016/17. The hunting lodge was gently, but decisively revitalized and surprises with interesting design ideas, which celebrate the valuable history of the house and provide a subtle contrast to it at the same time.

The Sonnenterrasse next to the slope invites you to cozy ski breaks as always. Accompanied by not any random but the imperial Kaiserschmarrn and other sweet delicacies by Pâtissier Johann Köck.

In the afternoon, the stage is set for Après-ski in the Schlossbar. After the revitalization of the legendary Schlossbar, the architects have succeeded in creating a genuine design masterpiece. There is a scent of white pan and the fire crackles in the fireplace. In the evening, the Schlossbar becomes the only gin and whiskey bar in the area. Oliver Pugh, who was already responsible for cocktail bars at events such as the London Fashion Week and who was awarded the Best Classic Bar Award in Nottingham looks forward to new and well-known guests.

There are also artists in the kitchen. Under the direction of Johannes Kleinbichler – chef in the “Jagdschloss Innsbruck-Kühtai” since 23 years- and Andreas Jaeks – former chef of the Savoy London – popular 5-course gala dinners are created. Restaurant guests can dine in one of the cozy pine-paneled princely dining-rooms or on the spacious porch as they please. Also the extensive and delicious breakfast buffet is unmatched.

Overnight guests have the choice between the traditional and the contemporary. The paneled princely rooms, which are still largely furnished with pine wood paneling and furnishings from the princely estate, were kept as they were. The counties on the upper floor offer a successful cross-over of golden painted entablatured ceilings, large-area photo wallpapers with Habsburg portraits and reinterpretations of the princely interior.

In the annex, the Elisabethflügel, there are three new Sissi rooms. Sissi portraits and cozy roof slantings provide for a tribute to the popular Austrian Empress. In the restaurants, the veranda and the lobby are also many surprising and coherent contrasts.

To the history of the house: First mentioned in 1261, the hunting castle Kühtai was leased to Kaiser Maximilian for chamois hunting in 1493. In 1624 Prince Leopold V extended the house to a princely hunting castle. The basic structure created under Leopold V, with the princley rooms and count rooms, the parlors and vaults, has been preserved to this day. Emperor Franz Josef bought the hunting lodge back into the possession of the Habsburg family in 1893 and Karl Graf of Stolberg – Stolberg took over from his mother, granddaughter of Emperor Franz Joseph I and Empress Elisabeth of Austria, the princely hunting residency. He transformed them into the present hunting lodge, where guests from all over the world feel so comfortable, since you can feel the 800 years of history in every detail. Since the 2016/17 season, the new owners, Armin Ennemoser and Dr. Martin Baldauf are in charge of the Jagdschloss Innsbruck-Kühtai. Together with the landlord Christian Graf zu Stolberg-Stolberg, who is now able to devote himself to his true passion as a dignified host.

We look forward to old and new guests of the Jagdschloss Innsbruck-Kühtai and to all the guests who visit our Sonnenterrasse and the new Schlossbar.

Your personal hotel for 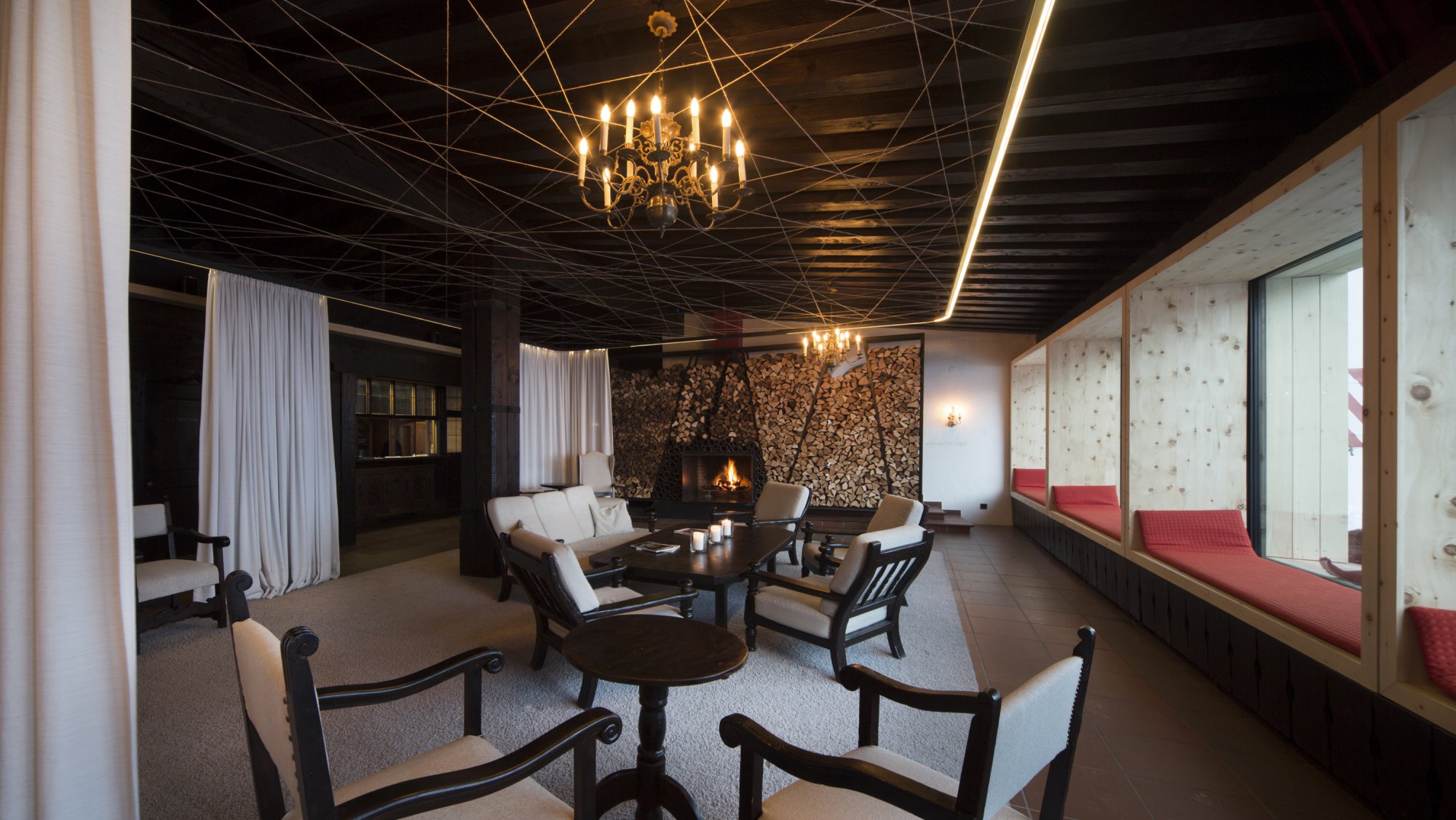